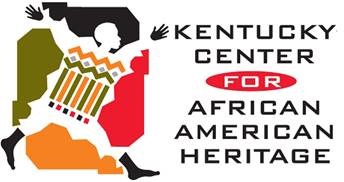 (Louisville, KY) The Kentucky Center for African American Heritage is exhibiting James Pate’s KKK Series Kin Killin’ Kin Traveling Art Exhibition September 14 – November 12, 2018. The artist James Pate’s exhibit features scenes of young African-American men donned in Ku Klux Klan hoods committing acts of violence, creating an overt comparison between gang violence and the terrorism of the KKK. Pate says, “the numbers of Blacks killed by other Blacks since reconstruction far exceeds those lynched by “Whites”. Sadly, this pattern continued year after year, up to the present day”. The Center for Disease Control cites homicide as the leading cause of death for Black males between the age of 15 and 34.

Pate’s Kin Killin’ Kin is designed to shock and stop the viewer. Pate says “mainly, I want kids to pause and reflect”.

To close out the exhibition, a Youth Voices Against Violence Forum will held at the Heritage Center on Saturday, November 3, 2018, 1:00 – 3:00 p.m. During this forum, District 15 Councilwoman Cheri Bryant Hamilton will facilitate a panel of youth from our community who will discuss the themes of gun violence and other forms of violence occurring in our society today. This panel of youth will examine the themes of gun violence within the context of public health, bystander action, healing through arts, and mobilizing for change through community dialogues.

Kin Killin’ Kin curator Willis Bing Davis says, “art holds the power to promote change”. For Davis, that’s partly because art is a language that everyone understands. “It is the universal connection of the art,” he said. “Art is one of the things that touches all of us.” Art is also a liberating language, he says. “Sometimes the art can say something that we can’t say in words.”