I had the wonderful opportunity to sit down with actor Kendrick Cross not once but twice in the past year talking about his career but tonight all eyes will be on the Louisville native as the Will Packer drama series Ambitions debuts tonight on the OWN Network.

Kendrick made a special visit to Louisville a few weeks ago to surprise his mother for Mother’s Day.  He sat down with me and told me a little about the show.  I’ve also been in contact with the actor this evening and you can tell he’s excited about fans getting an opportunity to see the show.  He told me to make sure I was watching. I hope you tune in to watch as well and tell me what you think.

Here’s a link about Cross’ character and just a few hints of what you can expect when you watch the series co-starring Robin Givens, Essence Atkins and Brian White.

Also, did you know that Givens has a connection to Kentucky as well?  Her parents are from the Lexington area and her uncle is the former University of Kentucky basketball legend Jack “Goose” Givens. 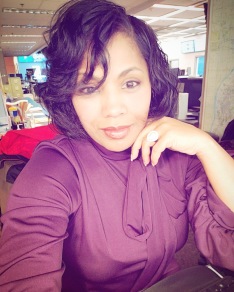 The VIPP Report: Louisville native, former WNBA star and current New York Liberty Fan Development Leader Kym Hampton can add reality show star to her resume.  She will be apart of “Mom’s Got Game” starting tonight, January 18th at 10:00 p.m. on the OWN Network.

Hampton says the show is about family, love, basketbal, real life issues, good times and you know me its comedy driven.  I was able to get in touch with Hampton.  I wanted to know more about the show and her role.  Hampton tells me “the show is about my girl Pamela McGee who is highly accomplished and SUPER strong-willed.  Pam is trying to help her son (NBA star JaVale McGee) stay on the straight and narrow as a rich, young celebrity.  Back in the day, we battled on the court uring college and our professional years.  We were tough down lowbut morphed into GLAMAZONS after the game.  Life took us on our separate journeys but has now has circled back.  I feel like this is our time to focus on us again…we just have to convince Pam!”

Hampton played basketball at Iroquois High School in Louisville then went onto Arizona State University on a full scholarship.  After her collegiate career she was drafted 4th overall in the 1997 WNBA draft by the New York Liberty.  Kym played in the league’s inaugural game and scored the first basket.  She started every game of her three seasons.  She also played in Spain, Italy, Japan and France.

Hampton is an original Cover Girl model for Queen Latifah’s Queen Collection.  You can catch her from time to time still on the basketball court, not playing but singing the National Athem.  She used her theatre degree from Arizona State to be apart of several films and television shows such as the “Cosby Show”, “Thrown Down” hosted by Bobby Flay, “JuWanna Mann” and “She Hate Me”.

Hampton says you don’t want to miss it because its guaranteed to make you laugh.  “Mom’s Got Game” airs tonight at 10:00 p.m. on the OWN Network.  Hampton will be tweeting live so you can follow her @KymHampton.

If you have a story for The VIPP Report send it to TheVIPPReport@vippcommunications.com.  You can also follow us on Twitter for real-time news events @VIPPComm.

TheVIPPReport:  For the past few weeks we have seen the emergence of African American stars in leading roles on television programs. “Single Ladies” on VH1, “Being Mary Jane” on BET and now the OWN Network announces that Tyler Perry will launch a new show “Single Moms Club”.
The drama is about a group of mothers who came together as a group after an incident at their children’s school.  The mothers all come from different walks of life but serve as a support group for one another.  They try to find humor in the obstacles of life, as well as inner strength to be able to overcome personal challenges.  The show will star Nia Long, Terry Crews and Tyler Perry, who will write, produce and direct the show.  “Single Moms Club” will premiere this Fall.
This is the fourth series created by Perry.  He has “The Haves and the Have Nots”, “Love Thy Neighbor” and “For Better or Worse” all currently airing on cable television.
If you have a story idea send it to TheVIPPReport@vippcommunications.com.  You can also follow us on twitter @VIPPComm.