FROM STAGEPLAYS TO A DRAMA SERIES AND EVERYTHING IN BETWEEN

(Las Vegas, Nevada) Louisville native Ericka Nicole Malone, CEO of Ericka Nicole Malone Entertainment, LLC is making a name for herself in the film/television industry. Malone is the creative behind many projects you see from tv, the big screen to stage plays. Now, the screenwriter, playwriter, producer and director announce an animation project and several projects in the optioned phase. One we can discuss is a one-hour TV drama series entitled ‘Della’.  The scripted drama illustrates and puts a spotlight on corruption against women in an urban Kentucky town where a Black female vigilante unleashes her revenge. It will leave you at the edge of your seat.

Malone to date has produced more than nine stage plays which include “In Love with Tyrone”, starring actors Robin Givens, and Leon.

One of her most recent projects, she was the executive producer for “Ward of the State” sitcom pilot. It tells the story of a rich heiress accustomed to a certain lifestyle loss it all after her fourth husband suddenly dies leaving her broke forcing her to move in with her daughter into a middle-class neighborhood. The cast consist of Janet Hubert (Fresh Prince of Bel Air), Aloma Wright (Suits) and Vanessa Williams (Soul Food.)

Ericka Nicole Malone says “There’s so many things that I’m grateful for even during a pandemic we are still able to tell great stories.  I have first-hand knowledge of Louisville because its home to me.  I hate to see everything happening from protests to the Breonna Taylor case.  That’s a storyline that the world is watching unfold.  Even, with so much uncertainty, I still want young people in the community to know that you can achieve even with adversity.  I’m a testimony and I want to be a positive example not only for people who look like me but anyone trying to follow their dreams.  Every opportunity I get to go home I do.  There’s so many unsung heroes that need their story told and I hope someday I will get to tell them.” 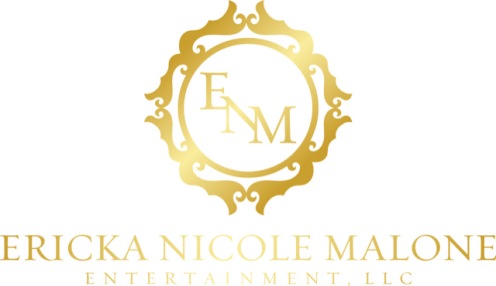 VIPP Communications is a full service public relations, event management and production firm headquartered in Louisville, KY with clients and/or projects all over the U.S. We can create, maintain and sustain your brand.  Our clientele range from small businesses, non-profits, corporate leaders, entertainment to current and retired professional athletes.  Contact one of our team members to see if we can assist you at info at vippcommunications dot com.  www.vippcommunications.com