Since the 1970s, hip-hop was destined to become a force to be reckoned with. Slick lyrics meshed with edgy beats kept many emcees constantly evolving their craft.

Twenty-five years ago, a group of individuals from New York translated their street life to gritty lyrics, which many recognized as the harder side of the craft. They blended it with martial arts terminology while giving it a unique mythology known today as hardcore hip-hop.

The members of the Wu-Tang Clan will hit the road to celebrate their silver anniversary of their 1993 debut album, Enter the Wu-Tang (36 Chambers).

Wu-Tang is regarded as one of the most influential hip-hop groups of all time with conscious albums like Wu-Tang Forever, A Better Tomorrow, and The W just to name a few of their studio albums.   Some of the singles you might hear at the concert is Can it Be All So Simple, Method Man, Protect Ya Neck, Triumph and The Heart Gently Weeps.

The group has 7 gold and platinum studio albums to their credit. Selling more than 40 million albums.

Tickets go on sale Friday, June 4th at 10:00 am.  When I receive the price point I will update the story.

For additional information you can call the Kentucky Center for the Arts at 502-584-7777 or visit their site at www.kentuckycenter.org.

I you have a story idea, send it to mw at The411@whas11.com.  You can also follow me on Twitter @Sherlenemediapr for real-time community and entertainment news. 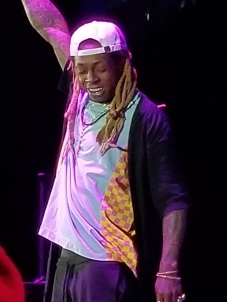 It’s time to check in and see how the artists are doing that performed at this year’s Derby Soundstage 2018 in Louisville, KY. On Thursday, May 3rd at Broadbent Arena hosted by Liv Suite.  The had a dynamic trio of 2 Chainz, K. Michelle and Lil Wayne.  Three unique chart topping sounds all under one roof.  Let’s see what they have been up too since their Kentucky Derby show.

It’s definitely been a busy summer for rap artist 2 Chainz.  Just days after the concert in Louisville, he attended the Met Gala and while on the Red Carpet he took to his knee to let the world know that he would marry his wife Kesha all over again by proposing. They have been married since 2013 and have three children.  His new smash hit Bigger Than You features Drake and Quavo.  2 Chainz will be in London on July 14th and his next U.S. concert will be on July 22nd in Charlotte, North Carolina.

Michelle was in great spirits when she was in Louisville.  She thanked the fans for their support while she was out recovering from two blood transfusions and several surgeries due to the removal of silicone injections.  As she continues to recover, the R& B artist’s album Kimberly: The People I Used To Know continues to do well and her fans are excited to 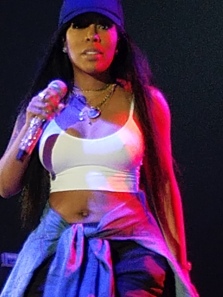 see her on Love and Hip Hop.  She’s teasing on her Instagram page that we need to watch on July 23rd.  I’m sure she’s getting a cast member all worked up and upset.  We’ll have to wait and see.

And Lil Wayne closed the Louisville show and fans loved the live elements in his show by the drummer. This artist’s drive is in “Trukfit” mode.  He’s working on a Fall release date for has a new album, Tha Carter V and he even signed two players to his Young Money Sports Management.  One of his artist’s Drake released an album last week that has a song regarding the Louisville basketball scandal plus Drake used a couple of songs on 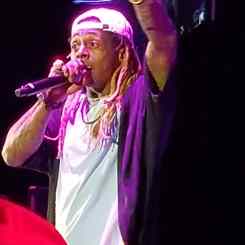 his album from Louisville native, the late Stephen “Static Major” Garrett. Wayne will perform in his hometown of New Orleans on Saturday, August 25th.

If you have a story idea, send to me at The411@whas11.com.  You can follow me on Twitter @Sherlenemediapr and Instagram @Sherlenemediapro for the latest in community and entertainment news.

In 2015, the song “Classic Man” by rapper/singer Jidenna gave him the nod for a Grammy Award. Now, the artist that has sharp eye for fashion announces his Louisville show.   His new album “The Chief” was released in February. Fans will get to hear his new songs on Tuesday, August 8th.  Roman Gianathur will open for Jidenna at the Mercury Ballroom show.

Tickets are on sale for the artist who’s on the cutting edge of contemporary culture. They are $29.00.  The show is scheduled for 8:00 pm. Don’t forget this is a general admission standing room only venue that holds approximately 900 people.

If you have a story idea, send it to Sherlene Shanklin at TheVIPPReport@vippcommunications.com.  Follow us on Twitter @sherlenemediapr @vippcomm @thevippreport.

Actor and R&B star Tyrese is on a fast and furious pace.  From a successful movie franchise to a wedding and now his will come off the big screen to hit the big stage.  He along with Kelly Price and Dave Hollister will be in concert at the Louisville Palace hosted by Magic 101.3.

Save the date of Friday, September 1st to hear these soulful artists belt out some of their biggest hits from “Shame”, “Stay”, “Sweet Lady”, “Friend of Mine” “Secret Love”, “You Should’ve Told Me”, and “One Woman Man”.

Tickets are on sale and can be purchased at Ticket master locations, Ticketmaster.com and/or the Louisville Palace box office.

If you have a story idea, send it to thevippreport@vippcommunications.com.  You can follow us on Twitter @Vippcomm @thevippreport.

It’s the new anthem for ladies around the world and now R&B/Soul star Mary J. Blige will take her new album entitled “Strength of a Woman” on tour by the same name.

The Grammy and platinum selling artist will be at the KFC Yum! Center on Saturday, September 23rd.  Doors will open around 7:00pm and the show will begin at 8:00pm.  Artists Joe and Stokley, who was the lead singer of Mint Condition, will be a part of the tour and scheduled to open for Blige in Louisville.

If you have a story idea and/or you would like for me to be the first to announce or cover your show in the Midwest send me the details at thevippreport@vippcommunications.com.

Yo Gotti has the song “It’s Going Down in the DM” and now the newest member of JayZ’s Roc Nation label announces his concert in Louisville, Ky.  Yo Gotti will headline Spring Jam 2017.  The Memphis native will bring his unique rap style to the Broadbent Arena on Good Friday.  The event will be “Legendary” for the Friday, April 14th.

The lineup also includes Ty Dolla $ign who has the hit song “Sucker for Pain” that’s heard on the film, Suicide Squad.  He along with Remy Ma performed earlier this month on Jimmy Kimmel Live!  Hip Hop artist Plies will also be a part of the show.   The Florida native is known for his platinum hit, “Shawty”.  He’s currently working on new material entitled “Purple Heart”.

Louisville will also get a chance to hear two local artists that have aspirations of being signed to major labels.  Artist Stook and CHEN 1 will open for this year’s Spring Jam.

Tickets for the Good Friday show start at $56.  To get up close on the floor, tickets will be $111.00.  You can purchase them starting Friday at Ticketmaster.com.

It’s Yo Gotti, Remy Ma, Ty Dolla $ign, Plies, Stook and Chin One at Broadbent Arena on Friday, April 14th.  For additional questions, please call 502-309-9533.  You can also We would like to thank T-Mobile Amtel for being this year’s Spring Jam sponsor.  The event is powered by keys2ky and BHen Entertainment.

Please announce on your entertainment calendars.  If you would like to setup an interview, please contact VIPP Communications at 502-582-7716 or by email us at info@vippcommunications.com.

The SAINT PABLO TOUR has added a second leg of its tour and Louisville is added to the schedule.  Tickets go on sale Saturday, October 22nd at 10:00 am for Kanye West, the multi-Grammy Award winner.  The tour will stop in Louisville at the KFC Yum! Center on Tuesday, December 20th.

Tickets go on sale to the public at 10:00am on Saturday, October 22 at www.Ticketmaster.com, www.Livenation.com, the KFC Yum! Center box office and all Ticketmaster outlets.

If you are an American Express® Card Member you can purchase tickets for the new dates before the general public beginning Wednesday, October 19 at 10:00 am through Friday, October 21 at 10:00 pm.

Kanye West adds another highlight to his amazing year – and another milestone to his legendary career – as “Father Stretch My Hands Pt. 1” goes #1 at Urban Radio this week. The 12th #1 urban record of Kanye’s career, and his first since 2012’s “Mercy,” ‘Father Stretch’ is steadily moving up the Top 10 at Rhythmic radio. Now, radio is buzzing about the next single from the universally acclaimed #1 album THE LIFE OF PABLO: “Fade.” Coming off an incredible video that premiered live at this year’s MTV Video Music Awards, “Fade” has pushed into the Top 40 at pop radio and Top 20 at rhythm, continuing the ongoing buzz around THE LIFE OF PABLO as one of the albums of the year.

The VIPP Report:  R&B senasation R. Kelly returns to Louisville and he will bring along Grammy-nominated artist Tamar Braxton with him.  Kelly is calling it the Black Panties Tour entitled after his latest album.  The concert is Sunday, May 11th at the KFC Yum! Center.  Kelly is one of the most successful R&B artists of all time.  He has released 12 solo studio albums and sold nearly 100 million albums worldwide, making him one of the most successful R&B male artists in the industry.

Tickets for the show start at $52. You can purchase them at the KFC Yum! Center Box Office and all Ticketmaster outlets.